Photos from La Vie in Vegas

Here are some photos from my trip to vegas that illustrate my previous post... 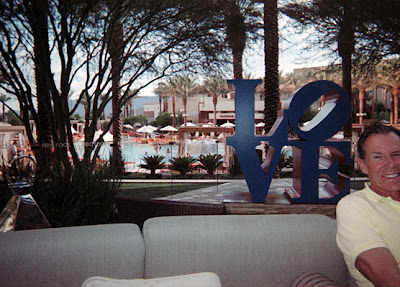 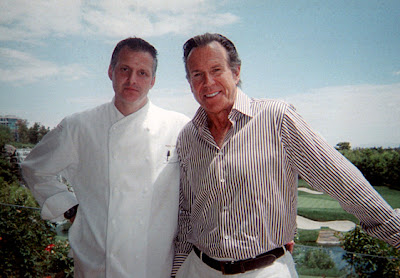 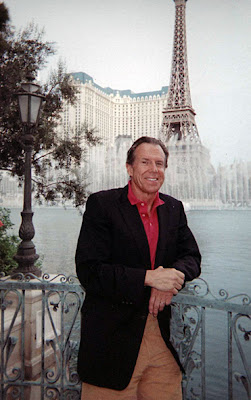 I was set for a Simon Super Chef Live show at Caesar's Palace in the middle of July--so why not head out to Food City, ok maybe it's supposed to be Sin City--but I'm happy enough to let my rapacious appetite do the sinning.

First Vegas stop was not actually in Vegas, it was the Red Rock Casino, Resort and Spa in Henderson. It's far enough away from the strip that you feel the slower pace of desert life. Carol and I mounted a couple of horses over at the Bonnie Springs Ranch for an excursion through scenic Red Rock Canyon and then galloped back to Red Rock Resort for two terrific meals at the "TBONES" Restaurant--where the $90.00 serving of King Crab legs brings you five large legs perfectly prepared. The resort's pool area sports the iconic LOVE Sculpture by Robert Indiana.

On the strip, we visited Bellagio and my favorite spot in all of Vegas--the little outdoor cafe operated by JeansGeorge's ''PRIME". Its vista on Lake Bellagio and the Paris Hotel across the street is uniquely intimate for flashy and sprawling Vegas--it's the most romantic place in town for a drink. Of course we needed dinner at Bellagio, too, and I can strongly urge anyone headed for a little Vie in Vegas to visit the jewel box LE CIRQUE Restaurant. It has all the glory, history, and charm of the legendary Sirio Maccioni creation that first appeared on East 65th street in New York and is now going strong at Beacon Court in New York and also Mexico City, and of course, Las Vegas. Tell the lovely manager, Morgani, that Bill Boggs sent you. The desserts at Le Cirque are the best in town.

Down the strip at the Venetian, Carol and I had wonderfully fresh heirloom tomatoes at the bar at B & B, the Mario Batali-Joe Bastianich creation, which is the closest thing you'll find to New York's "Babbo" in town. Then, a short stroll over to "DAVID BURKE at the Venetian" to have dinner with David Burke himself and present him with the coveted FIVE STAR DIAMOND AWARD. I'm an International Consultant for the award.

The next day, somehow, hunger struck us again and it was off to the new Wynn Resort for lunch at ''THE COUNTRY CLUB''--a new American Steakhouse under the direction of Executive Chef Rene Lenger. His gazpacho and fresh shrimp are top picks there for a light lunch. The lunch was a warm up for dinner that night at Wynn's ''SW STEAK," under the direction of my longtime friend, the talented chef David Walzug. His duck presentation was extraordinary and Carol feasted on a dazzling triple-tiered shell fish arrangement with shrimp, tuna tartare and mammoth King Crab legs.

One more meal to mix in and that was at the Alain Ducasse creation ''MIX IN LAS VEGAS" atop the new second tower at the Mandalay Bay Resort. We sat in a modernist cube-booth and watched the sun go down while toying with an intriguing "pomegranate foam" amuse bouche. As night falls the place turns into one of the town's hottest bar and dining scenes. Fabien Riviere, the manager, is the man to see for that special "booth."

I also had a chance to be a guest on Ed Bernstein's long-running television interview show to discuss (and shamelessly plug) my HarperCollins book, GOT WHAT IT TAKES? And then off to work with Food Network colleague, Duff Goldman, "The Ace of Cakes." The show went on at the "Forum of the Caesar's"--which is probably one of the best places to shop in the U.S. And no matter what anyone ever tells you about Vegas-take it from me--it is one of the world's top culinary destinations and will continue to grow in that direction for years to come.

Ah, La Vie in Vegas, now when can I return?
Posted by Bill Boggs at 3:05 PM No comments: Links to this post