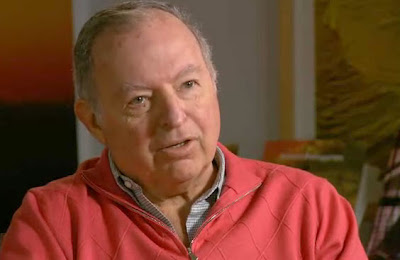 My interview with photographer Robert Weingarten has just
been launched. It's a fascinating look at the man's approach to making art.
Click here to view it & have a great weekend!
Posted by Bill Boggs at 9:51 AM No comments:

MY GENERATION Norminated for Emmy!

MY GENERATION, the show I host on PBS, has just been nominated for a daytime Emmy.
Here's the news:


WASHINGTON – Today, AARP’s national lifestyle television program My Generation received its first nomination from the National Academy of Television Arts & Sciences for a Daytime Entertainment Emmy® Award. Syndicated nationally on public television, the AARP program focuses on the stories, opportunities and challenges of Americans 50+ on topics including health, money, relationships, volunteering and how to get the most out of life. My Generation is nominated in the category of Outstanding Lifestyle Program, where it will compete against The Style Network’s How Do I Look?, Hallmark’s The Martha Stewart Show, and The Nate Berkus Show.