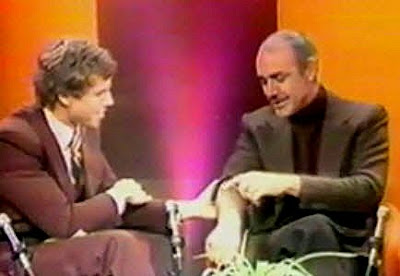 Okay, so maybe 007 didn't bare all, but actor Sean Connery revealed his tattoo to me—a TV scoop. You can catch this rare clip on the front page at http://www.billboggs.com/
As I've mentioned in previous posts, we're in the process of stocking my web site with many classic TV interviews from the Boggs' Archive. It's exciting to see these clips reborn on the Web, and I think you'll enjoy them. We're launching both full-length video interviews as well as snippets. And speaking of which, we just posted an illuminating moment from my interview with actor Dustin Hoffman. Click here to view. 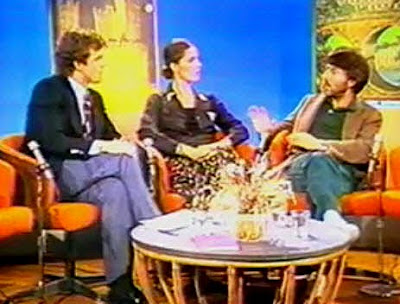 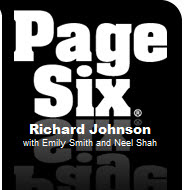 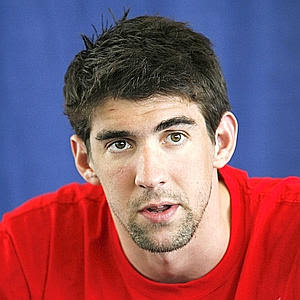 I made the New York Post's notorious PAGE SIX again. Here's the scoop:

A big mismatch of Boggs vs. Phelps

TV personality Bill Boggs, who used to swim competitively, was doing laps yesterday at the New York Athletic Club when he noticed "the guy next to me is like a shark . . . he's pushing off the wall swimming the length of the pool under water, while kicking on his back. 'Hmm,' I think, 'this guy's good,' " Boggs says. "We hit the wall together at one point and I give it all I've got to stay with him, and after three strokes I look up and he's already coming back." The speed demon left the pool before Boggs finished, and when Boggs got out, the attendant told him, "You were trying to race Michael Phelps."

Posted by Bill Boggs at 9:39 AM No comments: Links to this post 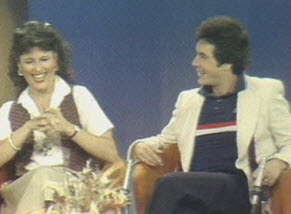 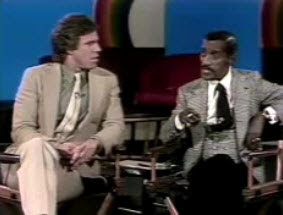 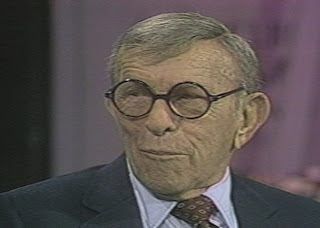 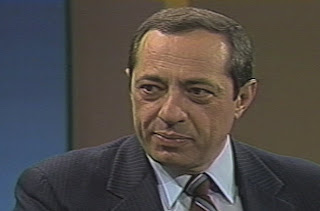 The joint is jumping, as they say... we've launched several classic video clips on my site: http://www.billboggs.com/
Don't miss these rare clips featuring Sammy Davis, Jr., George Burns, Natalie Wood, Mario Cuomo, Lucie Arnez & Desni Arnez, Jr., with lots more celebrities and stars to follow. Remember, all these videos are FREE for your viewing pleasure, so I suggest you bookmark the site and visit frequently.
Pass the word and have fun!
Posted by Bill Boggs at 11:01 PM 1 comment: Links to this post 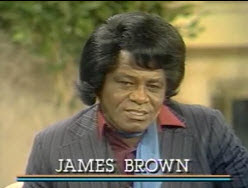 My interview with legendary Rock 'n Roll Hall of Famer James Brown is available for viewing on my sight: http://www.billboggs.com/
This is definitely a "blast from the past."
Enjoy!
Posted by Bill Boggs at 12:08 PM No comments: Links to this post

Happy Blast from the Past! 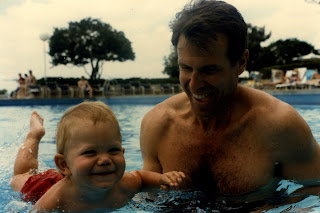 Trevor Boggs gets a swimming lesson at Disney World from Dad...

Posted by Bill Boggs at 9:55 AM No comments: Links to this post 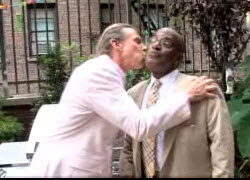 My TV interview with famed forecaster Al Roker for MY GENERATION will air soon. It will then be available viewing my web site, so stay tuned.
Hope you'll check it out (weather permitting)... :)
Posted by Bill Boggs at 11:51 AM No comments: Links to this post

Here's a nice review of my recent talk before the Princeton Chamber of Commerce. 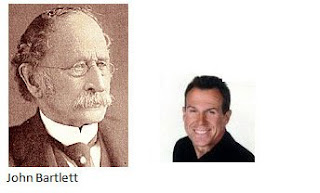 When Bill Boggs spoke at September's Princeton Chamber lunch, I came away with one solid tip for restarting my life: Every day, he said, when you get up, take one minute to write or think the one thing you need to know. You know what you need to do – affirm it.

I haven’t quite decided what that “one thing” would be for me, but Boggs says his first affirmation was “I am unafraid.” Fear can hold us back, he said, quoting Anna Quindlen, who – though a very successful journalist – admits she is still afraid the fraud police will come and catch her out. “Write down your doubts, fold them up, put them in your pocket and get oBn with your life. Cultivate the opportunity to be less afraid – or unafraid.”

The entertaining actor and talk show star shared a bunch of tips on how to achieve success and overcome adversity, drawn from his book “Got What It Takes: Successful People How They Made It to the Top."

When I bought it I realized “He’s written the People magazine version of ‘Bartlett’s Familiar Quotations,’ originally collected by John Bartlett (1820 to 1905). If you were a speech writer, or a preacher, or any kind of mass media writer who needs quickie 21st century anecdotes, this is the book for you. Nothing is really new here. Almost all the quotes are standard self-help fare.

Just like the 18th-century quotation quoter said, “I have gathered a posie of other men’s flowers, and nothing but the thread that binds them is mine own.”Now if I can just figure out what is the ONE thing above all others that I need to remind myself about this morning. Maybe it's Don't Blog Before Breakfast.


Looking at Bill Boggs' book again, I may have given the impression that it is only quotations. Actually, it has mini bios of each person quoted, and each quote is set into the context of the anecdote taken from the interview. So yes, you can get a Bartlett's quote, but you also get a mini-story, like those 50-word Reader's Digest anecdotes...
Posted by Bill Boggs at 12:12 PM No comments: Links to this post